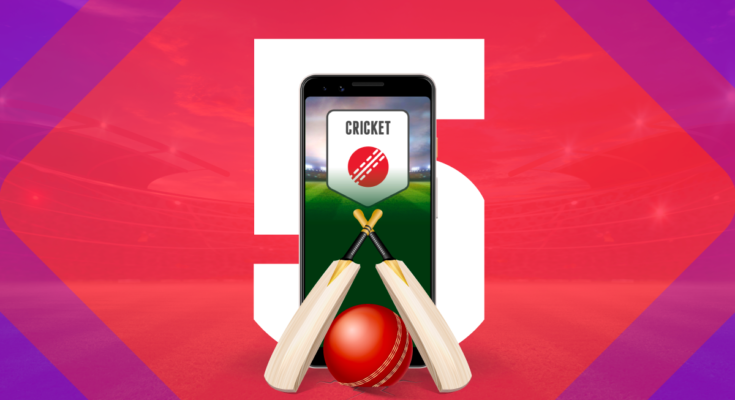 In today’s world, fantasy cricket has become a significant element of the game. The introduction of such fantasy cricket games heightens the excitement and pleasure of each game. But there are a few questions about what Fantasy Cricket play is.

Before delving into the specifics of what constitutes a fantasy game in cricket, we must first comprehend how the fantasy world works, as well as the various forms. Fantasy sports allow fans to select the greatest possible team and compete against other fans in a tournament for cash and bragging rights. You may have experienced several situations where you predicted a player will score a goal or a fifty ahead of time.

Let’s take a deeper look at the answer to the question, “What is Fantasy Cricket?” before we get into the specifics of how to play this game. The solution is straightforward. Starting with the first step in the procedure, you must select a total of eleven players for your fantasy squad. In contrast to the real game, you have the option of selecting from a pool of 25 to 30 players from either team.

Even if he had done poorly in earlier matches, Virat Kohli cannot be pulled from the Team India line-up in the real game. In a fantasy cricket competition, on the other hand, you may add or remove team members based on the requirements or performance of the players in prior games. There will, however, be certain limitations, and you must adhere to the game’s regulations.

How Do I Get Started in Fantasy Cricket?

To begin playing your first fantasy cricket game, follow the instructions below:

To succeed and win money in fantasy cricket, you must have a higher degree of talent and knowledge of the game. The legality of fantasy cricket in India is supported by the availability of over fifty fantasy sports apps. Furthermore, the winnings are subject to taxation under the legislation.

There is no shortage of options for Indian cricket lovers, with thousands of competitions springing up at any one time. Residents of the United States may be unable to access the aforementioned websites in the case of Fantasy Cricket. There are, however, websites like onecricket.app and cricbattle.com where Americans may compete in fantasy cricket.

There are several contests depending on how much money you want to win. Grand leagues or multiplayer leagues are the way to go if you want to make more money with less effort. Head-to-head battles are the ones with 50-50 odds of winning if you want to take a prudent approach.

Beginning with the games

You must select at least one wicketkeeper, three bowlers, one all-rounder, and three batters in most online fantasy cricket applications. Other programmes, on the other hand, provide a distinctive design with a few tweaks to the player selection.

After you’ve chosen your team’s eleven players, another crucial duty is to choose a captain and vice-captain. According to the standard system, you can get additional points from each of them, with the captain getting 2x points and the vice-captain getting 1.5x points. Now comes the most important part: entering a contest. You can enter a contest after successfully designing your fantasy cricket dream squad of eleven players, based on the rules and conditions.

How to win the fantasy cricket?

Before you enter the world of fantasy cricket, here are a few essential fantasy cricket pointers to keep in mind. Fantasy Cricket Tips and Tricks is a good place to start if you want to learn additional tricks and tips.

Have you ever wished to be the owner of a sports team? Have you ever fantasised of becoming Shah Rukh Khan and managing a team of multi-talented superstar cricketers? Now you can, thanks to fantasy cricket, realise your fantasies of managing your own team and seeing them play. You may now make a lot of money while also gaining some bragging rights among your friends or co-workers by playing fantasy cricket.

Fantasy cricket isn’t simply about choosing a Rohit Sharma or Virat Kohli who will score big for you. To score more points than your opponents, you must first analyse the game thoroughly, look at previous player statistics, and pitch reports, and then identify those individuals who will make the difference and offer you an advantage.