A shape is an object’s outline, exterior boundary, or outer surface in geometry. Everything we observe in the world has a shape to it. The two-dimensional rectangle, square, and three-dimensional sphere, cylinder, etc., can be found in the objects we see around us. Credit cards, coins, finger rings, huts, flower pots, balloons, and so on are all examples of geometric shapes.

The shapes can be classified into different types based on the following factors:

An open shape is a shape in which the line segments or curves do not intersect. They don’t begin and end at the same point.

A closed shape is a shape that is enclosed and whose line segments or curves are joined or met. They both begin and end at the same point.

Closed geometric shapes are further divided into two types. They are two-dimensional and three-dimensional shapes.

The names and definitions of 2D or two-dimensional shapes are listed below.

A circle is a closed two-dimensional object consisting of a curving line with no corners or edges. Coins, pizzas, etc., are all examples of the circle in real life.

A triangle is a plane figure with three sides, three vertices, and three angles. Traffic signals and pyramids are all examples of triangles in real life.

A square is a two-dimensional shape having four equal sides and four equal angles. A chessboard is a real-life example of a square.

A rectangle is a flat-shaped figure having four sides in which opposite sides are parallel and equal, and all four angles measure 90 degrees. Tabletops and cardboard are all examples of rectangles in real life.

A solid shape has three dimensions: length, width, and depth. The area covered by the 3D shape at the bottom, top, and all faces, including any curved surfaces, is the surface area. A 3D shape’s volume is defined as the amount of space it takes up.

The shape of a sphere is round. It’s a three-dimensional geometric shape with all its points on the surface equidistant from the centre.

Cube and cuboid are 3D shapes with an equal number of vertices, faces and edges. The significant distinction between a cuboid and a cube is that a cube has six square faces, whereas a cuboid has six rectangular faces.

A cylinder is a three-dimensional shape with two round faces at the top and bottom and has a  curved surface. A cylinder is defined by its measurements, such as height and radius.

A cone is a 3D figure with a circular flat base and a sharp tip at the top. The apex of the cone is the pointed end at the top.

Thus, the shape of a two-dimensional or three-dimensional object is determined by properties such as the angle measures, faces, edges, vertices, number of sides, and whether the shape is open or closed. The shape will alter if these defining characteristics change. On the other hand, the colour and orientation of 2D and 3D shapes are non-defining features that do not define or change the shape. 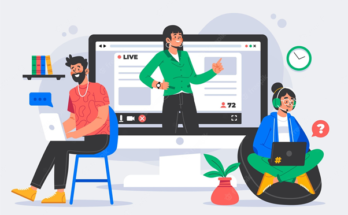 4 Benefits of Studying from an Online IB Physics Tutor 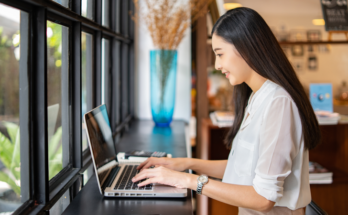 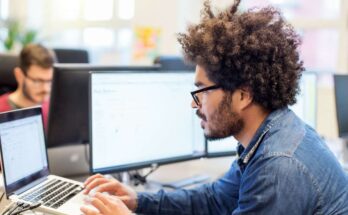 Best 9 Computer Science Career Paths In 2022 You Should Know